Having co-organized csv,conf,v2 this past May, a few of us from Open Knowledge International had the awesome opportunity to travel to Berlin and sit in on a range of fascinating talks on the current state-of-the-art on wrangling messy data. Previously, I posted about Comma Chameleon by Stuart Harrison1. Another such talk was given by Sadayuki Furuhashi of Treasure Data2 who presented on tool he is developing called Embulk. Embulk is an open-source tool for moving messy data. 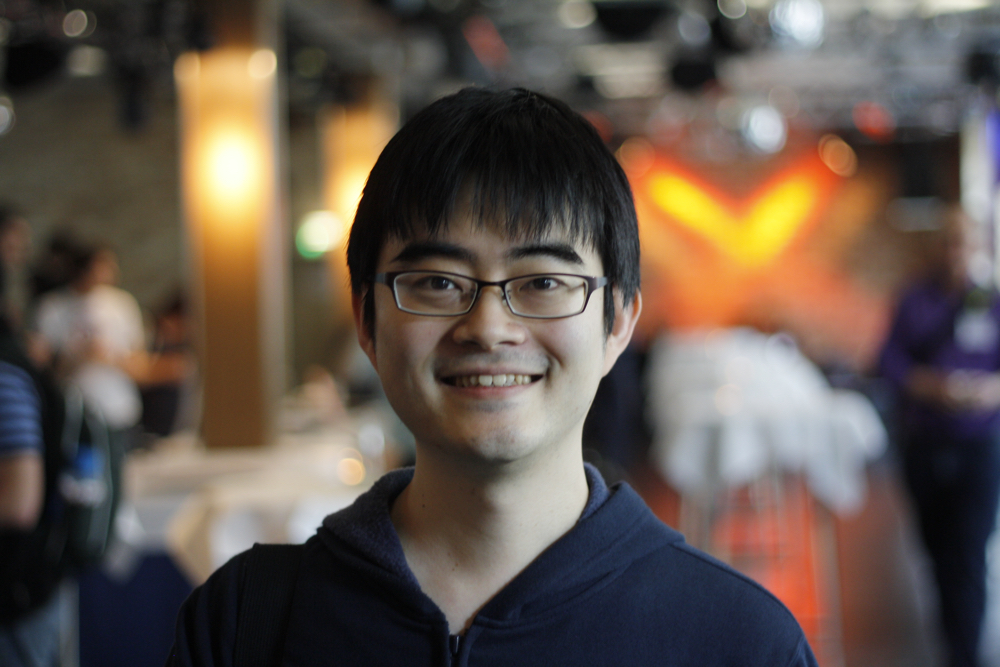 In his talk, Sadayuki talked about the friction commonly experienced in moving large amounts of data from one system to another. He gives a relatively simple example of trying to push a 10GB CSV file to PostgreSQL and encountering a series of issues—broken or missing records, unsupported time formats—that can typically be dealt with only through trial and error. Multiply these kinds of issues across the various and growing number of backends and file formats, and it quickly becomes clear that there’s not enough time in the day for data wranglers to write and optimize their scripts to move data flexibly and efficiently. Enter Embulk.

Embulk is open-source tool for transporting massive, messy datasets—in parallel—from one system to another. In this context, “system” can refer to any number of endpoints including Amazon S3, an SQL database, or even a CSV file on your local computer. Embulk attempts to solve the issues above by creating a plugin-based framework that supports various data transport tasks, including file type and format guessing, processing, filtering, and encryption.

Specialized connectors for supporting different storage engines—RDBMSs, cloud services, etc.—as well as various file types —CSV, XML, JSON, HDF5, etc.—can be created by the community as plugins. The core of Embulk is actually quite small and gains most of its power from this plugin architecture.

While watching his presentation, it was clear that there is a lot of opportunity for collaboration between the work Embulk is doing and the ecosystem we’re trying to build through our Frictionless Data project. In our project, we’re looking to support easy and efficient transport of data primarily through the development and promotion of the Frictionless Data specifications and the development of various libraries, tools, and integrations. For instance, our Python library for reading and working with JSON Table Schema also supports a plugin-architecture for reading and storing data in a variety of backends. Currently, we have support for Pandas, BigQuery, and SQL (visit our User Stories page to vote for and comment on what you’d like to see next). 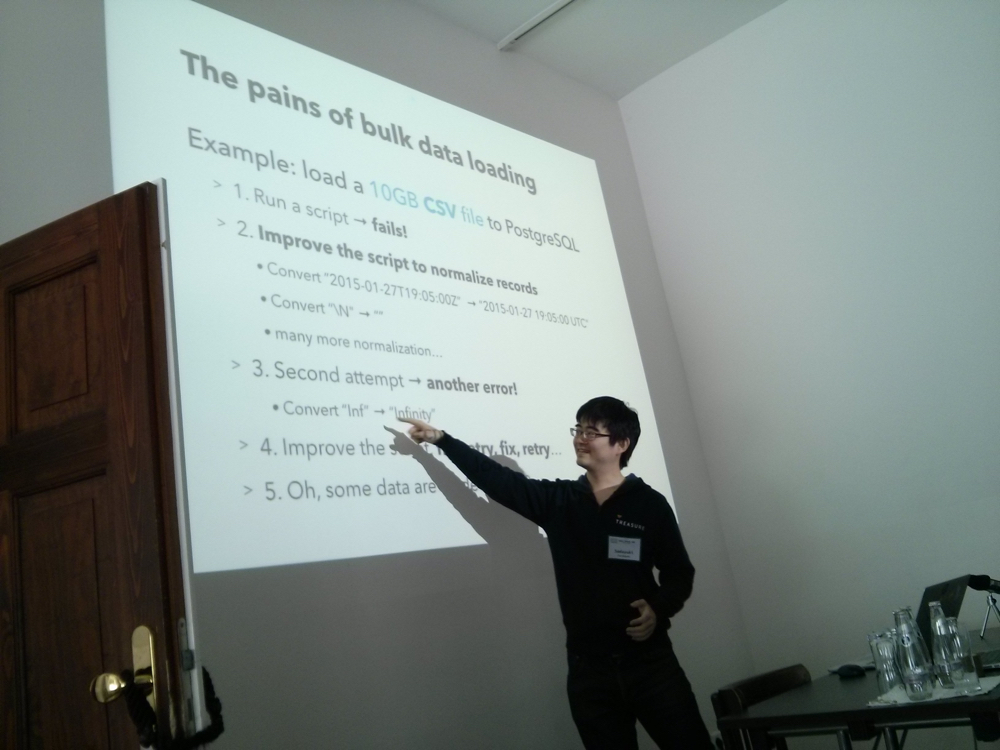 As an example of the potential overlap, we can demonstrate the schema and dialect guessing that Embulk employs to load data. To support loading CSV data into a variety of backends, Embulk needs a good idea of the types of records (schema) and also the rules by which these values are separated in the file (dialect). Embulk’s guess function (embulk guess) makes guesses about the file structure and outputs something similar to the datapackage.json (see our specifications for more details). To demonstrate, we can use Embulk’s convenient example function which creates an example CSV. It looks like this:

The guess function reads the data and generates a configuration file used by Embulk that looks like the following. Of particular interest is the parser section.

As you can see, embulk guess is powerful enough to go a bit further than other similar type guessing functions by also guessing, for example, that not only is a column a date, but also the expected date format structure.

Many of the fields in the parser section can be represented in a Data Package following the JSON Table Schema and CSV Dialect Description Format specifications, which are part of the Data Package specifications. Here’s what the equivalent datapackage.json file would look like:

Embulk looks like a really powerful tool that can definitely be part of the Frictionless Data ecosystem we envision. I would love to an input plugin to read a datapackage.json to give Embulk’s CSV parser what it needs. It would also be great to see an output plugin that can produce a valid datapackage.json file with your data. Once you’ve generated a schema using Embulk’s powerful guessing functionality, publishing the schema with your data in a standard format like the Data Package is an excellent step towards making your data more findable and reusable. The Frictionless Data project is, at its heart, about highlighting the benefits of adopting just such a standardized containerization approach to data. Of course, even without this, Embulk is a really powerful tool for solving some of the problems of data transport today. Give it a try!